Over the course of August 2020, I visited Katahdin Woods and Waters National Monument twice. This marvelous and remote stretch of land is a solitude-lover’s paradise. Winding streams, green-tunnel woodland paths, navigable rivers, backcountry ponds, and modest mountains all await the explorer.

Katahdin Woods and Waters is also staggeringly remote. You can tackle the Park Loop Road with a front-wheel drive vehicle, but I wouldn’t recommend it. The road is dirt and gravel, and some trailheads, such as the one I will be writing about at Wassataquoik Stream, may not be passable in anything but a high-clearance four wheel-drive vehicle. Babyheads and blowdowns. My Jeep Wrangler handles things fairly well, but when I came up here in a Toyota RAV4, I was worried I didn’t have the clearance for some spots.

Obey the 15MPH speed limit and you’ll be fine.

The first time you come to the National Monument, it is my recommendation you take a trip around the 17-mile Katahdin Loop Road. Access from Maine Route 11 in Stacyville is via Swift Brook Road.

There are numerous scenic views, ample short hiking opportunities. The closer you drive to dawn and dusk, the higher the likelihood that you see moose, foxes, porcupines, and the occasional bear.

As it relates to your car’s suspension, it’s not an altogether pleasant drive. You must watch out for the occasional logging truck, but as far as isolation goes, it’s much less of a hassle than adjacent Baxter State Park.

My daughter, Nezzie, and I attempted to hike a portion of the International Appalachian Trail in the National Monument towards the beginning of August. We practiced for this by camping out on a remote portion of our own acreage in Winterport, Maine. She enjoyed fording Wassataquoik Stream.

After the ford, the IAT follows the bank of the stream for a little while, before it pivots across some old beaver dams. It then heads up towards Deasey Mountain. Our intention was to summit Deasey and then Lunksoos Mountain, and then stay the night at Lunksoos Shelter.

Nezzie, unfortunately, was apprehensive about spending a night in such a remote location. I wasn’t going to force her. My older daughter, Amelia, went on her first 10-mile backpacking trip at the same age along the Appalachian Trail in Pennsylvania, but in fairness, starting from Route 501 is a far less isolating experience. We returned and simply enjoyed some shorter hikes and the road until night began to fall.

I, however, was determined to return and at least overnight in the National Monument backcountry. I again followed the International Appalachian Trail towards Deasey Mountain, only this time turning on to the Ed Werler Trail to head towards the Big Sebois campsite.

The trail is named after the late, great Ed Werler, who for three years, from 1947 to 1950, was the fire watchman on Deasey Mountain. Ed passed away at the age of 102 in 2016. He and his wife, Mary Jane, lived in a small cabin, which you can still see in its deteriorated state along the trail to his old lookout booth on Deasey’s summit.

Ed Werler wrote a great book about his time on Deasey and life as a Baxter State Park Ranger, titled “The Call of Katahdin”.

The trail named in his honor, however, is a little less groovy. At just under a mile, it calls for better-than-average route-finding skills, and a patience for blowdowns. It’s a little bit of a relief when it intersects with the old East Branch Road. Still, if you attach the romance of a woodsman from another age coming up from the river to his mountaintop post, you can look past the challenge and enjoy the nostalgia for the age of wool, flannel, and cotton duck.

From there, I proceeded generally south until the old road intersected with the trail to Big Sebois on the East Branch Penobscot.

The Big Sebois campsite is a lovely, well-maintained parcel overlooking a bend in the East Branch Penobscot River. It has a couple of picnic tables and some fire rings (permit required). It has level spaces for tenting, and ample trees for stringing up a hammock, as I did.

I’ve stayed at this campsite before, though I paddled in during an extremely buggy July. Whereas on this trip I could comfortably recline in my hammock, my dog and I hastily retreated to the confines of our tent to escape the black flies. Choose your travel timing around black fly season wisely!

Overnight, I heard a couple of crashes as neighboring beavers did their work. The placid waters occasionally were disturbed by the splash of a fish. What could have only been a moose noisily rambled through the water in the wee hours.

The next day I walked out the way I came, reluctantly leaving this rare slice of tranquility behind.

The Future of Katahdin Woods and Waters National Monument

Many of us, since the current administration took office, have been worried about any executive order that would undo the National Monument designation. We’ve seen what happened to Bears Ears and other jewels.

So far, it seems that the explicit rights of the Executive to designate a National Monument does not come with the implicit right to remove a designation.

Driving to the Monument, you do see a significant amount of opposition to it. “National Park NO!” signs line the roads, including those posted by private road owners. Maine’s previous governor went so far as to disallow road signs advertising the National Monument.

Opposition has seemingly languished in recent years. Senator Angus King has been working towards increased funding year-to-year. I’ve often wondered, given how pivotal tourism is for coastal Maine, why rural locations are so opposed to an increase in visitation, however slight. If it weren’t for the generosity of Roxanne Quimby and her nonprofit founded for the purpose, the Katahdin Loop Road would likely not be graded, and what maintenance has taken place would not.

It’s likely never going to be a federal funding priority, so I encourage visitors to donate to Friends of Katahdin Woods & Waters.

There are some points of light, if you’ll intend the pun. The National Monument has been recognized as the first International Dark Sky Sanctuary on the east coast, and only the 12th time this designation has been given globally.

Friends of Katahdin Woods and Waters

If you want to paddle, here’s an old trip report from the East Branch of the Penobscot River that might inspire you. 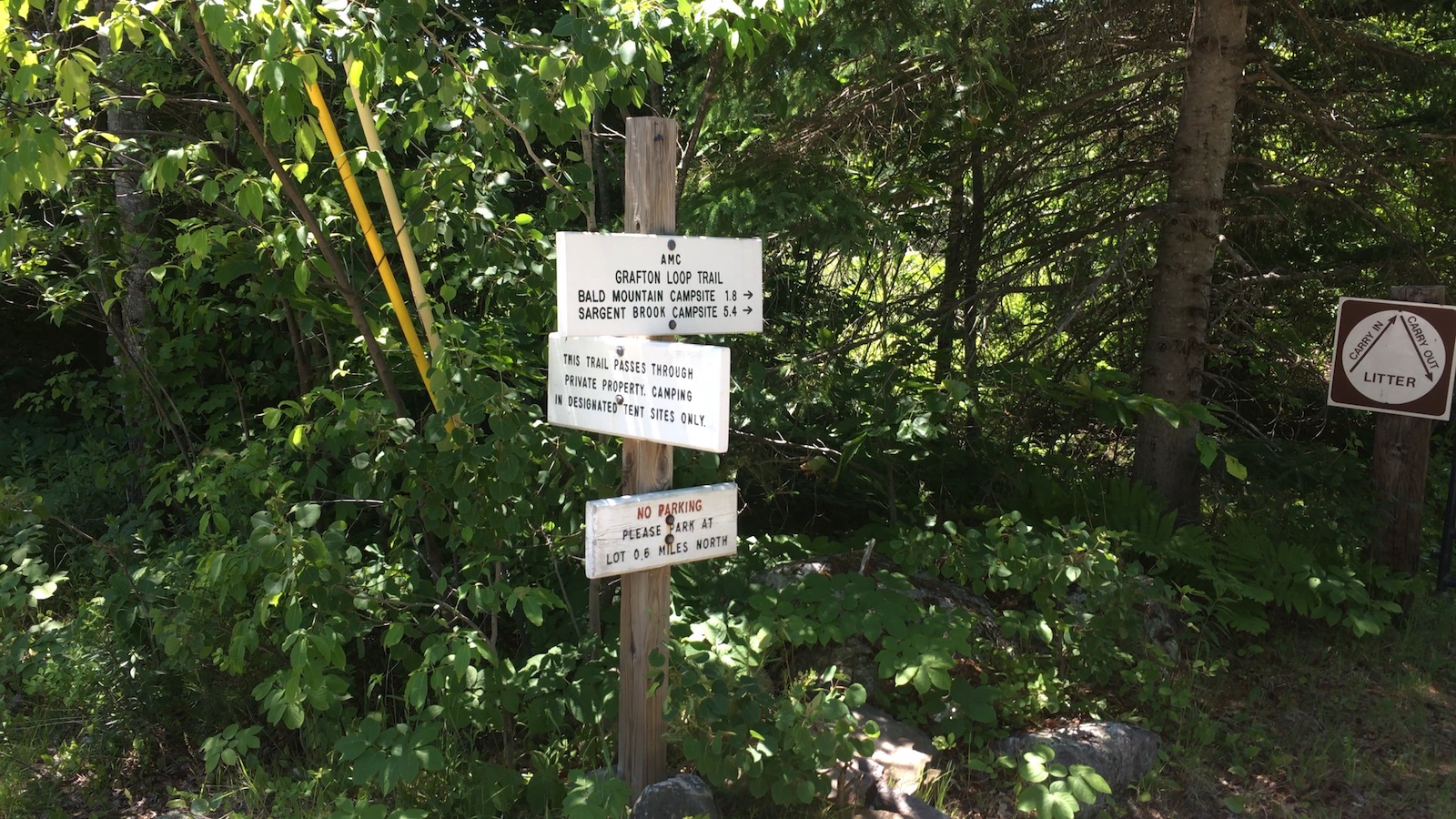 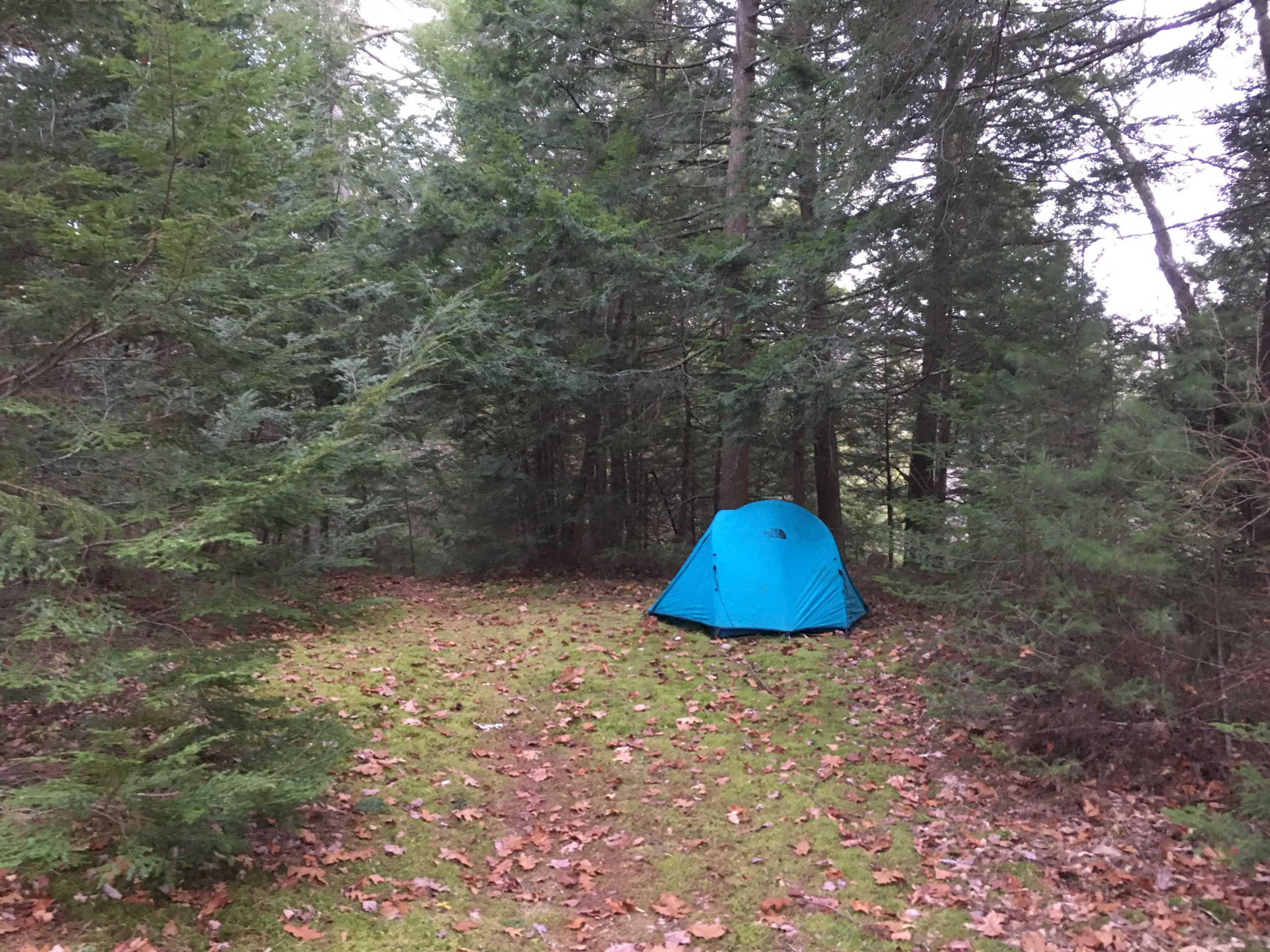