Here we present a set of instructions for dehydrating popular food staples for use in your recipes.

The cost of pre-dehydrated foods is high. For the wilderness enthusiast concerned with kashrut, the availability of certified foods is a problem.

Kosher dehydration requires that you use certified kosher ingredients, especially meat. You should use separate trays for meat and dairy, and ensure you clean your dehydrator thoroughly between each use if you do switch between milchig and fleishig.

Dried meat is a valuable trail staple. It’s light, rich in protein, iron, zinc, magnesium, and vitamins B and E.

You can dry just about any kosher meat, raw or canned. You’ll want to use the leanest meat possible.

NOTE: If you use a dehydrator, please ensure that you either have fleishig-designated trays, or that the whole dehydrator is fleishig.

Rehydrating your meat can vary. Unlike other dried foods, like beans, rehydrating meat should be soaked with hot water, never cold. It’s been a long time since I’ve eaten meat on the trail, but my practice was to boil my meat and water in a covered pot. Full rolling boil, and then let it soak for a half hour.

This is going to stink, by the way.

This is a skill I picked up while stationed in Alaska. I could fish right on our post for all the runs—King, silver, and sockeye—and I’d make salmon jerky out of whatever I wouldn’t eat of my limit.

This is perhaps the easiest and least risky.

Dried beans (black, red, kidney, lentils, etc) do not dehydrate well. Canned beans do not require you to cook them first, and typically rehydrate a little easier. Drain them, and dehydrate them on a sheet in the oven or in your dehydrator at 125˚ for 6-8 hours. The beans will actually split open when they are dried, which will help with rehydration. 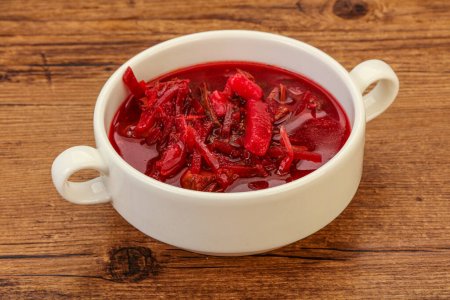