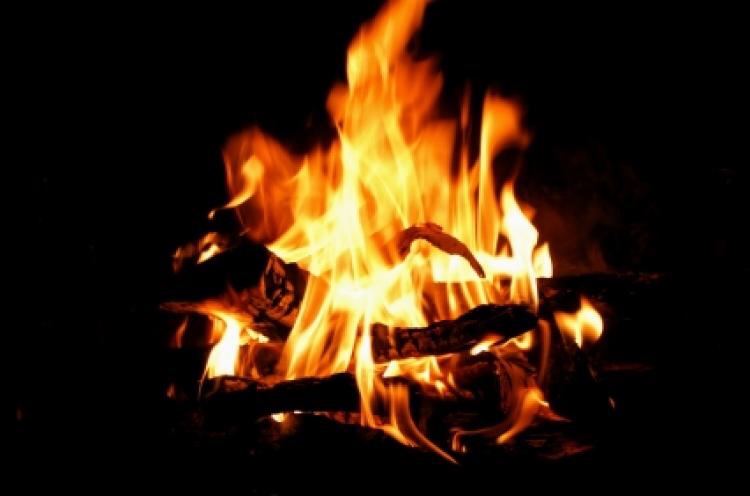 Let’s face it, most of the fun parts of the Lag B’Omer holiday are rooted in the aggagic stories concerning the origin of Kabbalah. If, like me, Kabbalah plays little to no authentic role in your Jewish observance, you may struggle with the implications behind a bonfire.

But who doesn’t like a bonfire? Here in Maine, with May temperatures not rising above the 50s/60s, it’s a lovely way to spend an evening, especially in the period of quasi-mourning that marks the Omer.

What is the Omer?

This is the 49-day period between the eve of the second night of Pesach and Shavuos. We have a ritualistic count of the days in our liturgy during this time. In the Torah, it’s defined as the seven weeks the Israelites would count between Pesach and bringing a grain offering to the Temple in Jerusalem. Shavuos was one of the three pilgrimage holidays prescribed in Torah. Later, it became representative of the giving of Torah on Mount Sinai seven weeks after leaving Egypt.

Today, we have less emphasis on the grain harvest, and more on some post-Biblical events leading up to Shavuos. The Omer are a period of quasi-mourning. Observant Jews avoid haircuts, shaving, listening to instrumental music, weddings, parties, and dancing. We do this in memory of the students of Rabbi Akiva, who were either killed during the Bar Kochba uprising or a plague (sources vary). In either case, they were killed in retribution by the Divine for being mean to each other.

The story goes that on the 33rd day of the Omer, the plague afflicting the students of Rabbi Akiva was lifted. The first specific mention of the day as having any significance came in the 12th century, and became associated with the Akiva story by the Catalonian Talmudist HaMeiri around that time.

If you believe in the origin story of the Zohar, the follow-on tradition is that one of the 5 surviving students of Rabbi Akiva, Rabbi Shimon bar Yochai, purportedly authored the principle source of Kabbalah. Many Jews, like myself, who believe that it was authored by Moses de Leon in 13th century Spain, consider Zohar, and subsequently Kabbalah, to be apocryphal.

But many haredi and chassidim, as well as Jews who are not traditionally observant, incorporate it either as a vital component of Jewish learning, or take components where they find meaning and incorporate them into modern liturgy.

So, to honor Rabbi Shimon bar Yochai, people gather throughout the 33rd day of the Omer to light bonfires in honor of the “spiritual light” gifted to the Jewish people with his esoteric teachings.

One of the Best Outdoor Observances

Back in the early 2000s, when I thru-hiked the Northville-Placid Trail, I did so during the Omer and overlapped Lag B’Omer. For any thru-hiker who is observant, backpacking generally falls in line with the general sense of mourning. You don’t shave, you don’t get haircuts…you likely smell really bad. On Lag B’Omer, you can stage that day as a reprieve from this, plus couple a lovely campfire (as regulation and good sense permit) with the day.

There was nothing more edifying than a fire in the Adirondacks with Jewish implications.

My wife and I, though maintaining an observant household, are not invested in the Kabbalah. We both enjoy the works of Aryeh Kaplan (Leah wrote a thesis on Jewish meditation for her undergraduate minor), but we don’t frame observances around Kabbalistic sources. And yet, on our wooded acreage in Maine (named Eitz Kar), we still host friends from the Bangor Jewish community for a Lag B’Omer bonfire.

I know from my many days on the trail, all over the world, that few things build communities, even temporary ones, better than a group of people surrounding a fire. The boundary of such a community is the extent to which the flickering flames abate the encroaching darkness.

The Best Places to Spend Lag B’Omer in the Wilderness

I’ve spent an enormous amount of time in the wilderness over Lag B’Omer. Here are some of my favorites.

A barrier island off the coast of Maryland and Virginia, known for its wild ponies, is a wonderful setting for an overnight Lag B’Omer experience. Beachside and bayside campsites offer backpackers a stroll down the shore coupled with an amazing overnight experience rare along the East Coast.

Trips during the Omer may not be possible, especially from the Virginia end, because of nesting shorebirds.

Every year at least once since moving to Maine, my daughter and I have canoed from the launch on the Debsconeag Deadwater to backcountry campsites on First Debsconeag Lake, or via portage, Second Debsconeag Lake.

Off of First Debsconeag Lake, there is a really cool trail to the “Ice Cave,” a little cave where the temperatures stay low enough to keep snow year-round. I personally prefer to make the portage to the second lake, as on long weekends over the summer, First Debsconeag Lake campsites can be inundated with motor-based watercraft campers who bring generators and can be very disruptive to an authentic wilderness experience.

Fires are a no-go, but the Adirondack High Peaks are a great place to go just generally. Amelia and I have started many a May or June hike from Heart Lake and had an amazing time. Just like Maine, black flies may make you regret your choice, but a view from Mt. Marcy or a Wolfjaw may change your mind.

This wilderness, which is real Muir/Adams country, is one of the best open secrets in the Sierras. Adjacent to Yosemite National Park in the Stanislaus National Forest, it has all of the views and few of the crowds.

Campfires are prohibited above 9000 feet and within a half mile of Emigrant Lake.

Make sure all fires are properly extinguished. Make sure you haven’t burned trash, and pack out what you’ve packed in.

Use only downed wood for fires; never cut live vegetation. 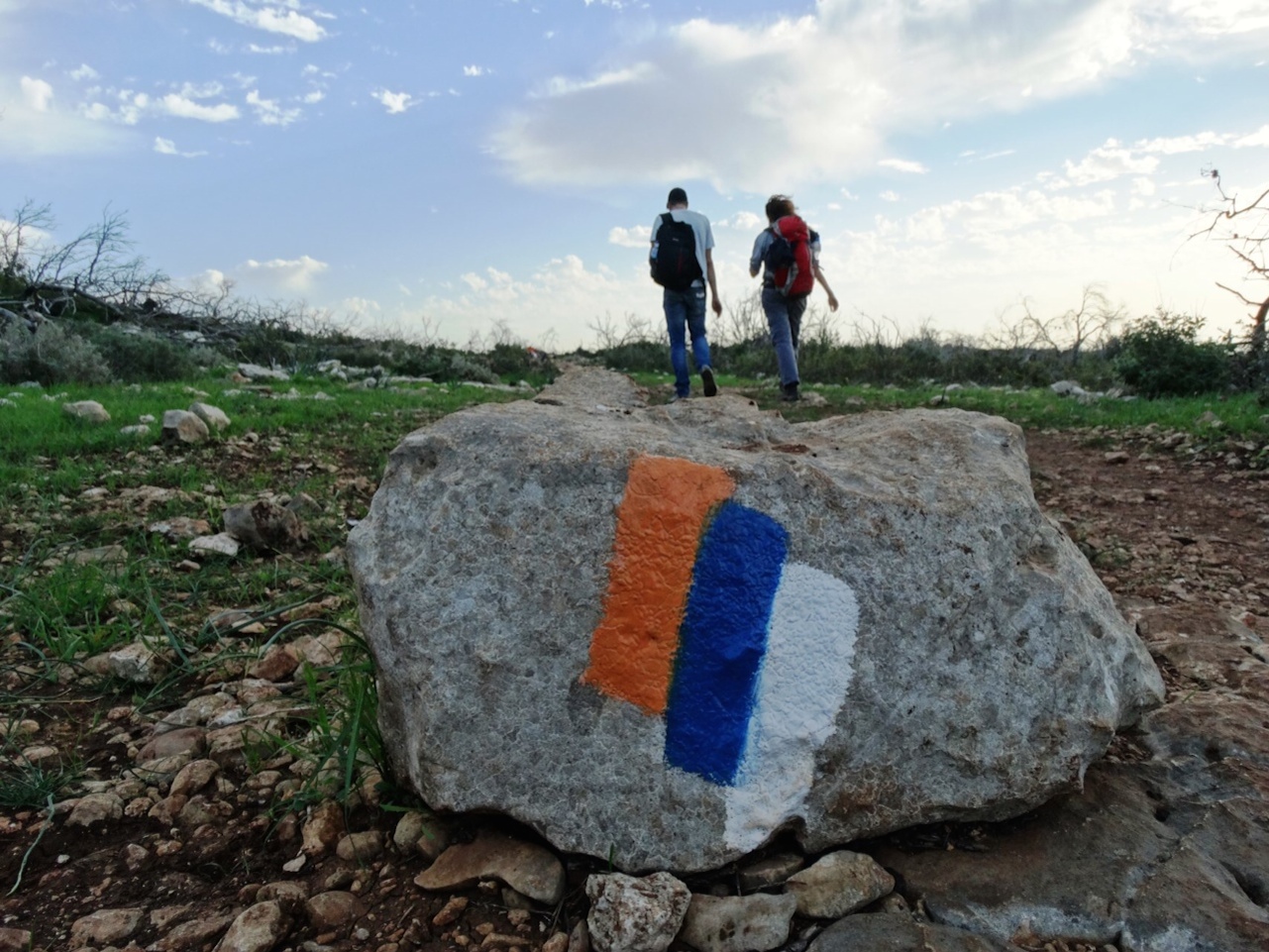