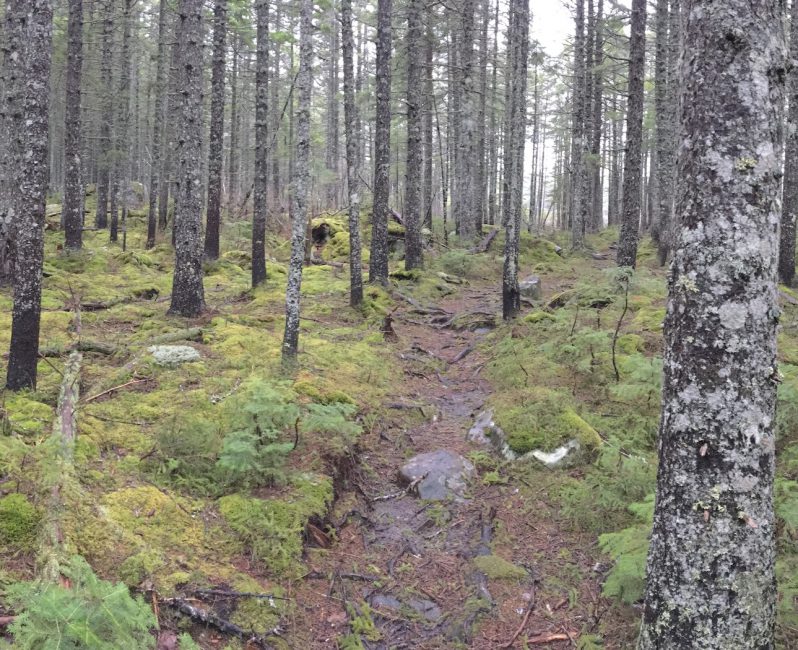 We’ve been at war for 18 years. I’ve been in the military, between the active duty Army as a paratrooper and the National Guard as a paratrooper, Stryker infantryman, and transportation manager, for 25 years this July. Like any service member with any period of service, there are names we read on Memorial Day that are familiar. It’s a hard weekend, replete with survivor guilt for both combat deaths and suicides.

On Shabbos, I read the names of Jewish members of the American armed forces who have perished since 9/11. It’s a list that continues to grow, and because of “Jewish geography”, more than a few names on that list are people we knew and loved.

My tradition on Memorial Day weekend in recent years has been to eschew crowds, parades, pomp and circumstance, and indulge a period of quiet reflection in the woods. I’ve written on the blog my wife and I maintain about living a Jewishly observant lifestyle in the Maine woods about Judaism having a salve for moral injury, and for me, hitbodedut is a crucial component of that.

Rabbi Nachman of Breslov envisioned hitbodedut (“self-seclusion”) as a self-directed means to build a stronger relationship to Hashem. This works for me. On long slogs in the wilderness, I find it easier to talk to the Divine. It’s a little awkward when you walk past a party of other hikers who heard you coming, and then are curious about who you were talking to.

But I have questions.

In October, one of the former members of my old National Guard unit shot himself. He was living with his parents. He came downstairs one morning to where his mother was eating breakfast, told her, “I am in so much pain,” and pulled the trigger.

This hit his friends that knew him more than anyone, I imagine. He’s not the first suicide from my old unit, either, and at this point, we’ve lost more friends to suicide than combat operations.

I needed some time to talk to the Divine, to ask those questions we always ask when we feel like the world is allowed to careen towards oblivion. Why? And for once, I feel like I can tell Hashem that I feel like I’ve been doing my part…so why does the Divine feel like an absentee landlord?

Enter the heavy and obvious metaphor. My trip started and ended with the ford of the Pleasant River along the Appalachian Trail. It was bad when I entered the wilderness from the Gulf Hagas parking lot. I lost my water shoes, ended up barefooting more than half of the ford, stumbling across slimy rocks that cut into the bottom of my feet.

When I returned the same way at the end of my trip, the river had swollen even more due to overnight thunderstorms. A couple of fishermen watched incredulously as I crossed the thigh-high water. It was a bad decision on my part, but returning to my car after the miles I put in in the previous days meant either the ford or adding 5-9 miles to my last day. I was exhausted at the end, and made the choice just to risk it. After all, I had made wilder and more dangerous crossing in Alaska’s backcountry, no? What was a rain-laden river compared to a rain-, snowmelt-, and glacial melt-fed river in Alaska?

Well, that was 20 years ago, and I’m not in the same shape, no matter how rugged I believe myself to be. But the crossing – I felt like I was entering something and departing something special. And most would I agree that I was – Gulf Hagas is one of the natural wonders if Maine, and in a world where we’re accustomed to high degree of accessibility, the sense that one has to “earn” those views added a sense of almost holiness to the experience.

Gulf Hagas is, of course, spectacular. As I stood before each cataract, like Screw Auger falls, I’m reminded that the world that I believe was set in motion by a benevolent Creator is itself transcendent. We spend so much time inhabiting these moments in time, and I can only wonder if we got more veterans with the same blight on their souls in front of natural wonders, if they could gain some helpful sense of perspective?

But then, I think that trivializes how people relate to their every day. For the veteran, or anyone, struggling with addiction and mental issues beyond their immediate control, perspective doesn’t alter brain chemistry the way we’re finding that trauma does. It may well be a component in healing, but only magical thinking affords us the concept of a single, cathartic experience, or set of experiences, that bring people closer to healing, or at least, the elusive Golden Mean.

A gorgeous backcountry waterfall isn’t going to end the ongoing intrusive thoughts we live with. It’s not going to undistort the way a veteran suffering from PTSD sees themselves.

It’s such a nebulous thing, what causes this trauma for veterans. Perhaps it’s an easy answer – a firefight, a battle, an IED that blew up a comrade. Perhaps it’s the sustained tension of day after day of long patrols, and the repeated delve into that anxiety.

Really, can anything offset the loss? The loss of friends, the loss of sense of self, the loss of any semblance that one is safe and secure…these things are haunting.

As I approached the Carl Newhall shelter after hiking the Gulf Hagas trails followed by 3.5 miles on the AT heading north, most of what I felt was fatigue. My brain stopped lingering on names like James C. Wilson, Chad Edmundson, Stuart Wolfer, Daniel Agami, Blake Miller, Eddie Zorak, and focused on putting one foot in front of the other.

A small pond along the trail echoed with the chirping of spring peepers and birds as evening fell. The air was pregnant with a looming storm.

One stream remained between myself and the shelter, and a well-earned Bangor-brewed beer (a favorite of my rabbi’s), and some Tasty Bites Vindaloo.

The rain didn’t start right away. I changed out of sweat dampened clothing into the dry things I kept in my bag. The temperature began to drop into the mid 40s, so I put on my down jacket. I finished my beer and started boiling the water for my vindaloo, as well as some hot cider.

The darkness came on quickly. The vindaloo caused heartburn as I settled into my sleeping bag. The pain in my stomach made it harder to sleep than the percussion of the rain on the shelter’s tin roof.

When the heartburn finally subsided and I did fall asleep, I realized that my own soul was once again at peace, at least in that moment. Still, something gnawed at me.

In a year’s time, Memorial Day will come around. New names will be on our lists that we read. More veterans will have taken their own lives. The war will likely still rage on at the fringes of American awareness, and little will change.

That’s how life is between Memorial Days, even punctuated by soul-inspiring dips into the raw parts of Creation. It’s just like humankind’s perpetual relationship to our Creator.